Zen pinballs have expanded their pinball collection adding three new tables based on a Star Wars theme. They are Boba Fett 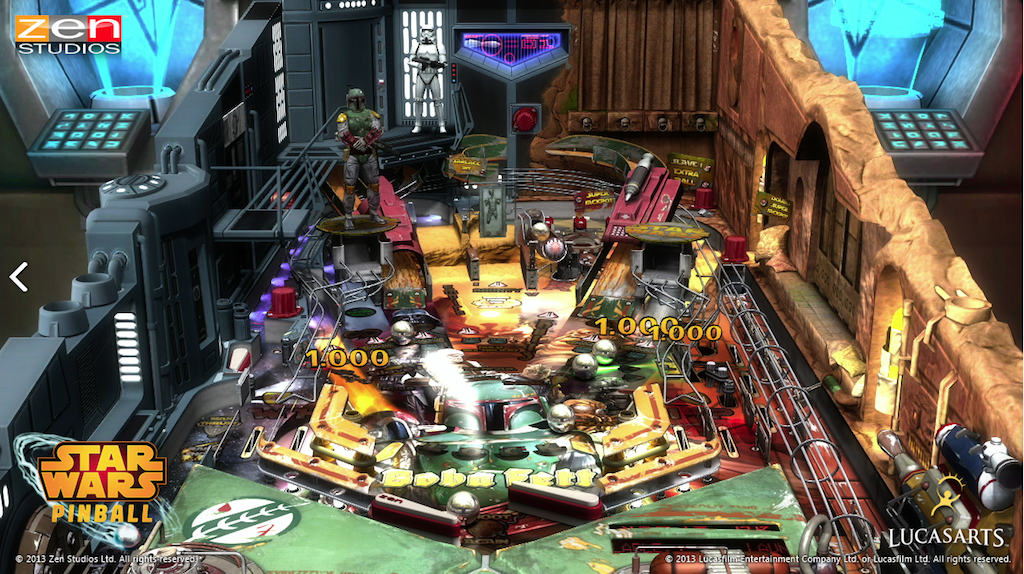 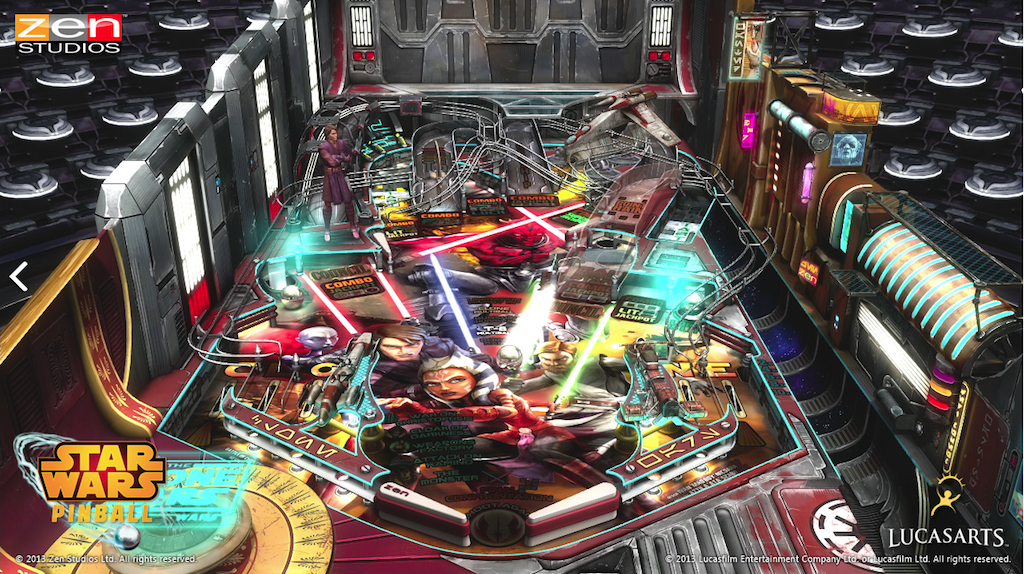 and Empire strikes back 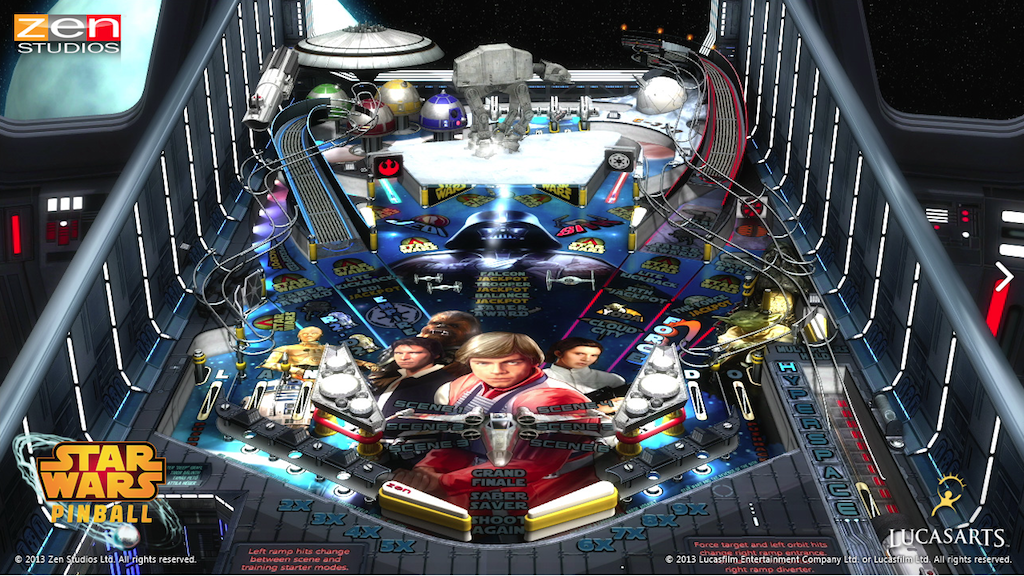 The tables are very nice graphically and have plenty of gadgets. I have only purchased and played the third one. If you are like me and do not care much about gadgets but rather look for an interesting gameplay you will not be very happy with the new pinballs. One thing that was really annoying were the constantly flashing lights: they distract you and you cannot concentrate on the ball. Speaking of the ball I must admit that, given the colour theme of Empire strikes back, it was clearly visible. However, judging from the screenshots, I am afraid that for the other two tables we will be in a near-Farsight situation. I cross my fingers and hope that this will not become a trend.


On the last count Zen studios are up to 18 different tables for iDevices. Only Farsight is doing better. Although I do not like their games a lot (I gave a positive review only to Tesla) I must acknowledge the fact that they are regularly providing new pinball games for iOS. When are they going to release Plants vs. Zombies? That's the one I would like to play, gadgets or no gadgets.


Addendum. Zen Studios has released the Star Wars tables for Mac, as well. I haven't tried them but the experience should not be too different from the one on the iPad.
Posted by Vasilis Grammaticos at 12:28 2 comments:

Two more Farsight tables made their appearance this week but I prefer to start with a table that I had missed when it came out: Genie. 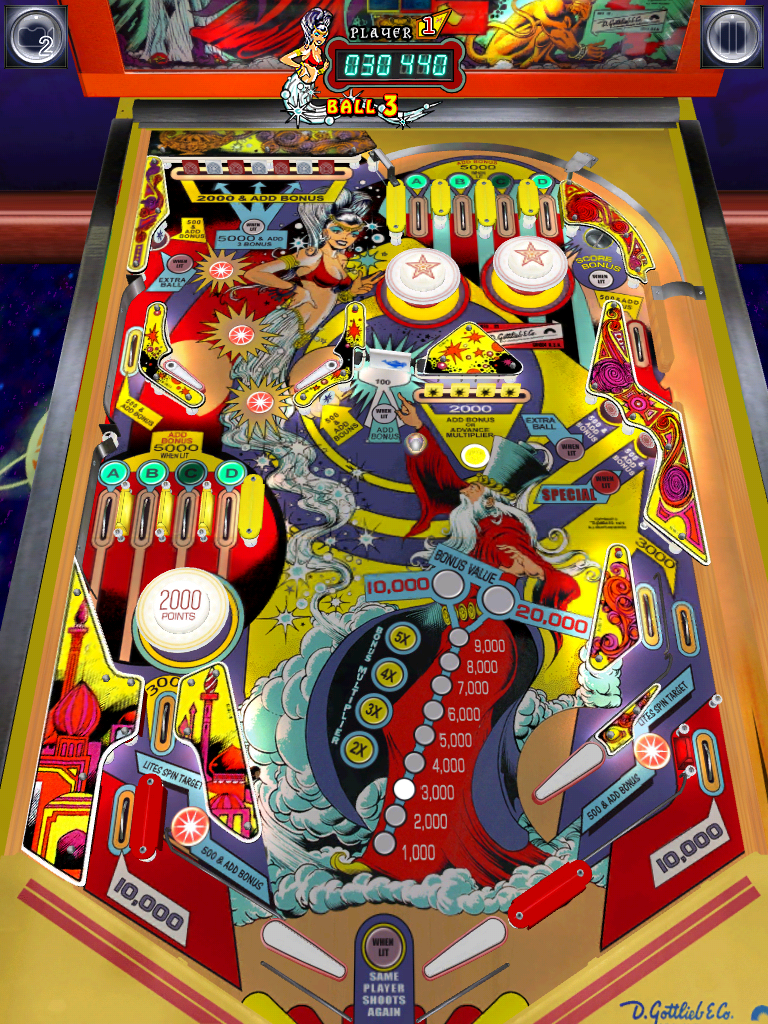 I love this table. It has an uncluttered playfield and the five (!) flippers add extra spice to the game. Moreover the graphics allow you to follow the invisible-farsight ball without too much eye-strain. Moreover it is an old-school five-ball game something that I consider a plus.

The two new games are Firepower 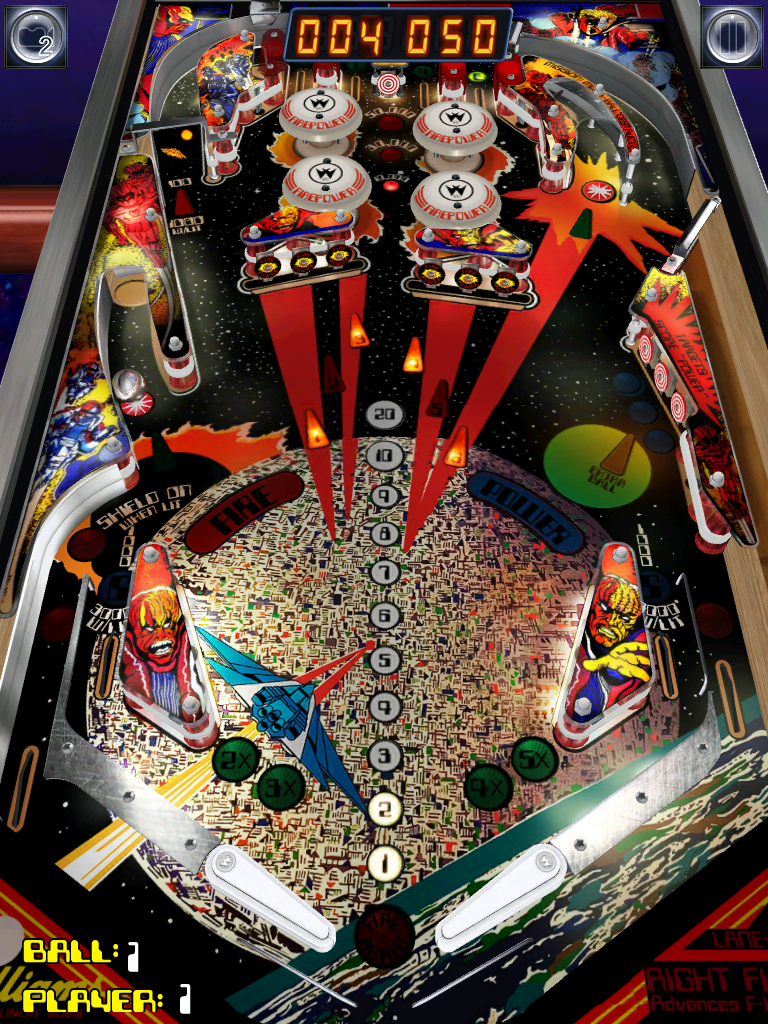 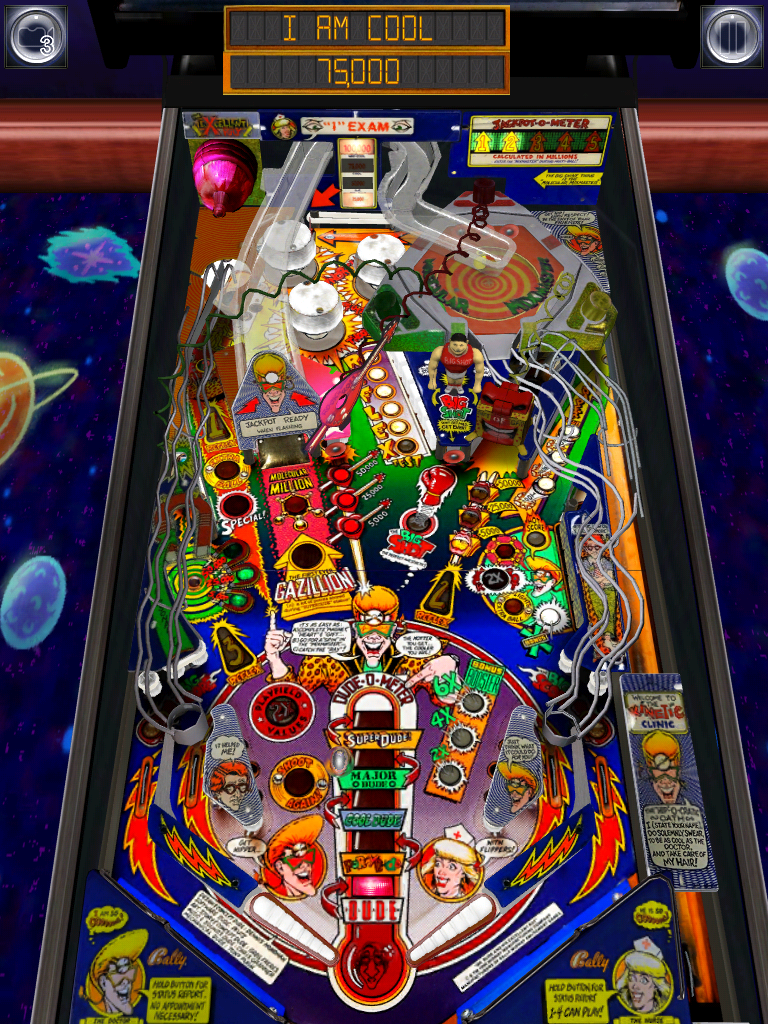 I did not appreciate Firepower despite its uncluttered playfield. I find the gameplay uninteresting. Moreover this pinball is a very fast one and thus the ball drains a little bit too easily to my taste.

Dr. Dude on the other hand is pure fun. It has a really cluttered playfield and the graphics help making the ball invisible (try to locate it on the screenshot) but still I do love the game. It has a je ne sais quoi that I find appealing. After all pinball preferences are a pure matter of personal taste, so ...
Posted by Vasilis Grammaticos at 14:30 No comments: 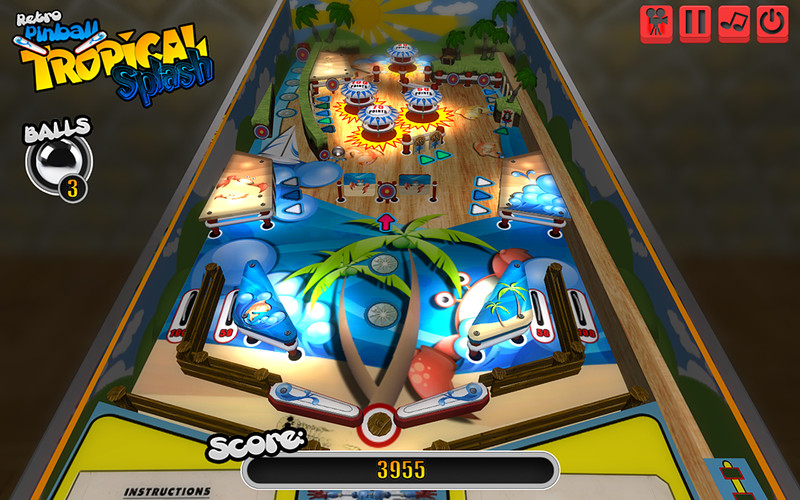 just made its appearance on the AppStore. The developer announces it as a first in a series of retro pinballs which aim at bringing back the classic feel of the arcade.  While it boasts realistic ball physics it falls really short of the target. In particular I found the flipper action quite frustrating. So the fun of the arcade is just not there (all the more so, since the gameplay is not particularly interesting). Let us hope they improve things in the future.

By the way I would like to point out that some Mac games listed under the category "pinball" will not be reviewed here. I only consider pinball simulations and not pinball-based games. Thus games like PinTiki Ball or Snowball (not to be confused with GameProm's Snow Pinball) will not get a review: to my eyes they are not really pinballs. (On iOS the situation is even worse. The profusion of mediocre pinballs makes it impossible for me to review everything. Thus for iDevices I review games according to some, absolutely arbitrary, strictly subjective, criteria).
Posted by Vasilis Grammaticos at 14:57 3 comments: